The images in this series are from the final operational years of my family’s manufacturing business, American Disposables, Inc. It is also where I worked for the last 25 years, or arguably most of my adult life. We made absorbent pads. Adult diapers, underpads (or chux, as they are called in the industry), puppy pads, any kind of absorbent product a client would need a large bulk order for we could manufacture it. This company was started by my father, his brother and two friends in 1975 and ended in late 2015, with my Dad and I as the sole survivors at the helm of a sinking ship.

As a manufacturing enterprise, ours (like most) had turbulent times, but managed to be resilient with hard work and a fairly loyal customer base. In early 2012, this dramatically shifts, and within 6 months’ time, 95% of our customers -without warning- moved their manufacturing needs to China. We tried frantically to secure new clients but in vain, and the future looked bleak. In the ensuing months, there would be a bit of false hope from new leads who would promise the world, but the gold never panned out.

I initially began creating these images as a diversion to take my mind off the business- removing myself from the phones and email leads that left us mostly fraught and with little to no work. The reality wasn’t only that clients wouldn’t call you back or answer emails; it was being stuck in the middle of a deep recession and looking for employment when no one was hiring as well. I was then stuck- with my families business falling apart and few job prospects beyond it. Image making would become consuming until about a year and a half after the bottom fell out. The need to create something meaningful in this space which was dying all around me became personal; it was like trying to grab little slices of the factory’s past glory while it was all slipping away right in front of me. This is the homage to the place I called “work” for over half my life. Let it rest in peace. 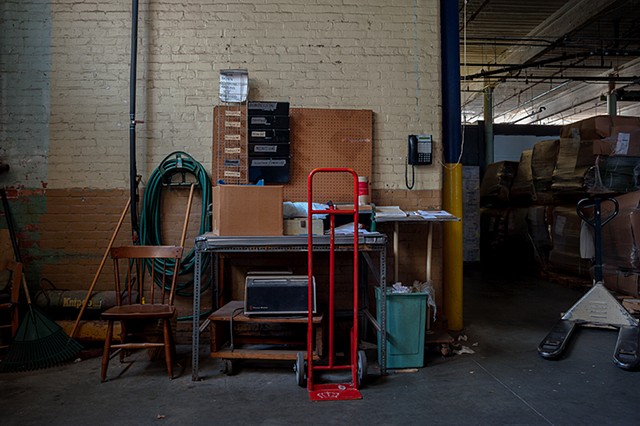 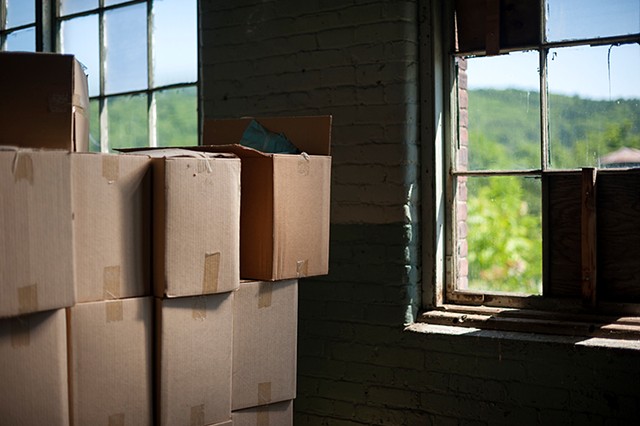 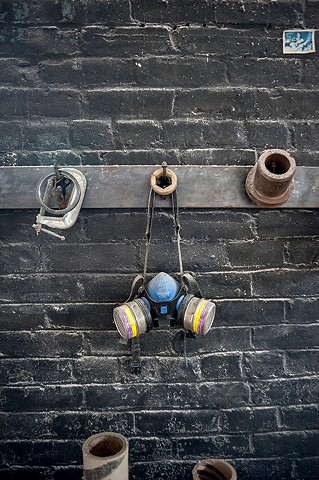 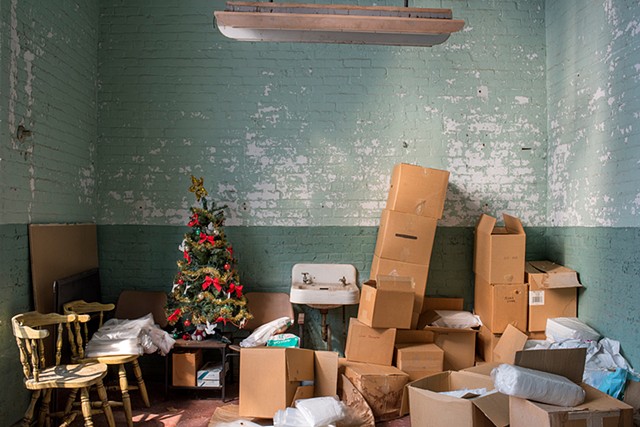 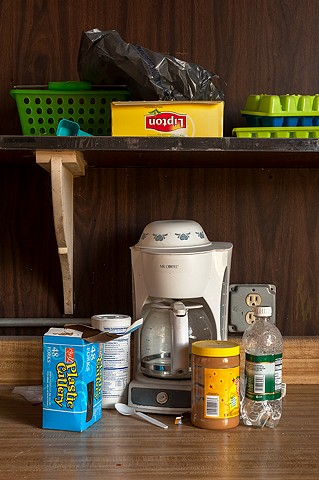 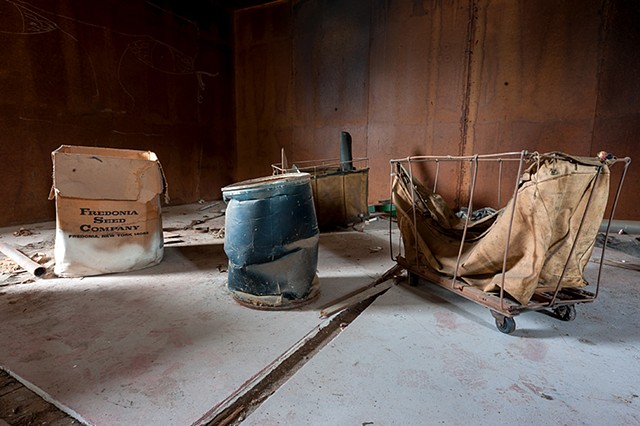 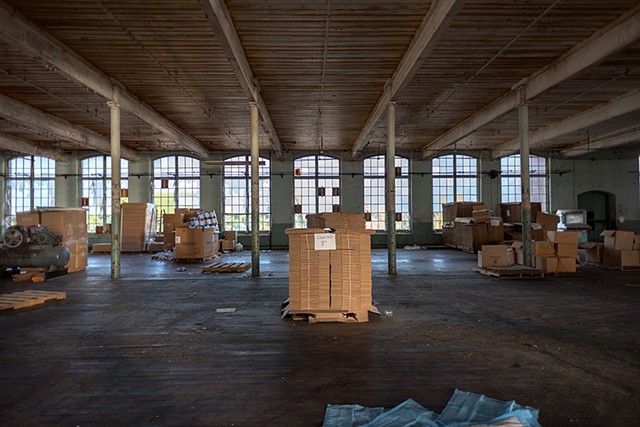 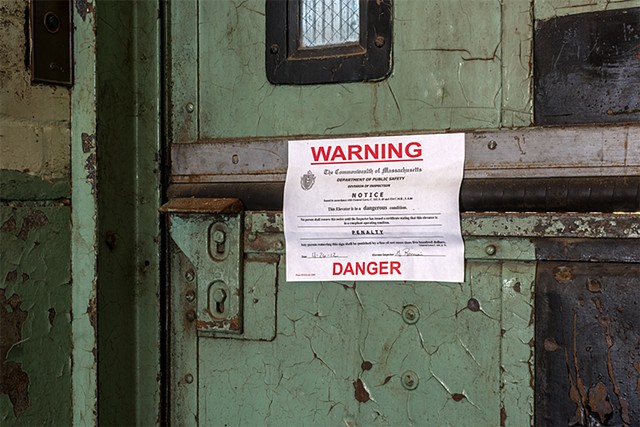 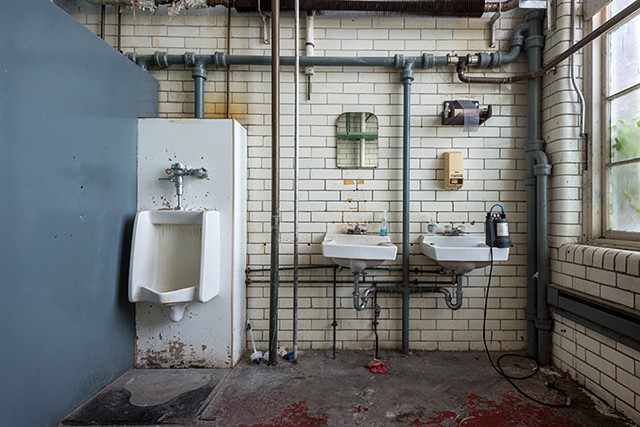 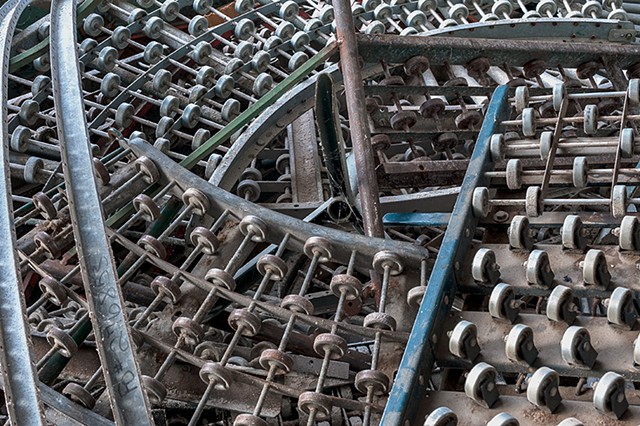 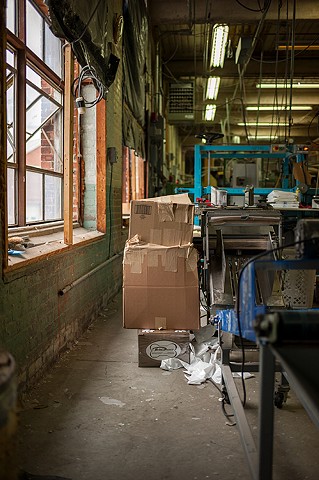 box used to collect plastic waste after bags of pads get sealed, 6-12-14 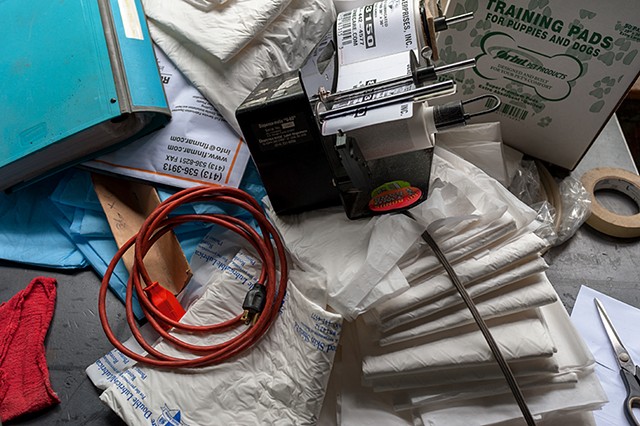 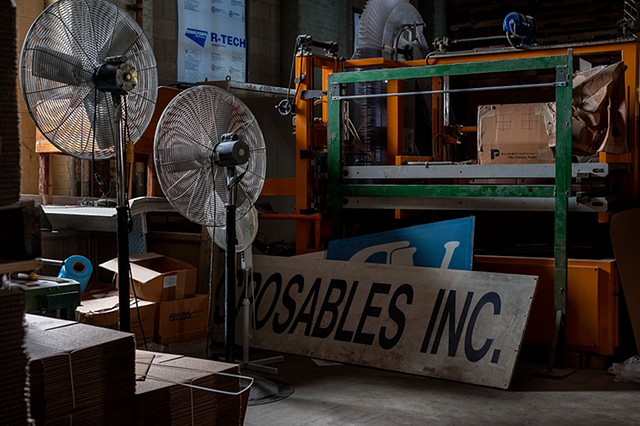 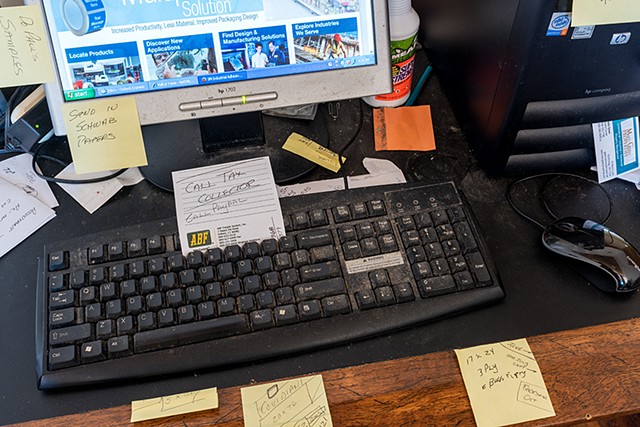 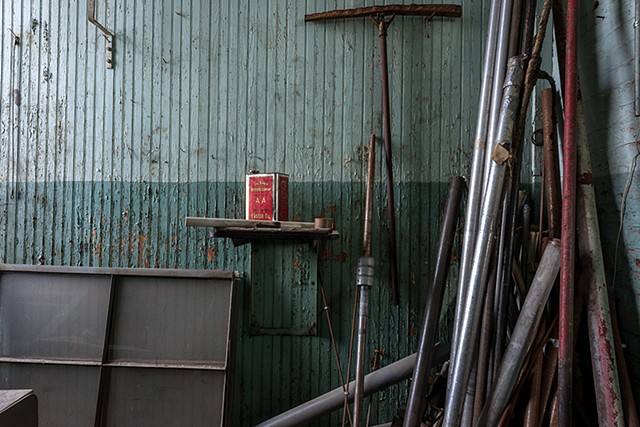 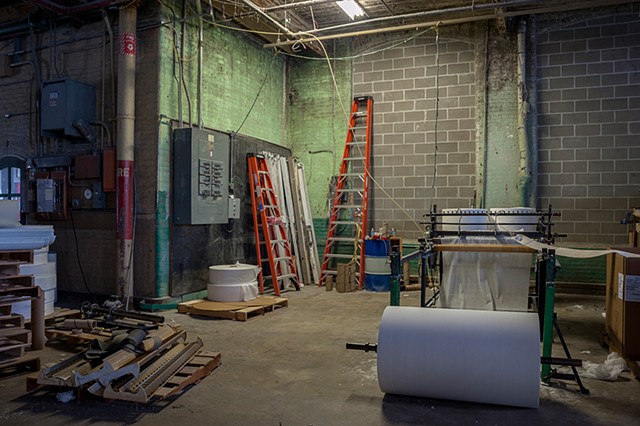 after the rewinder was moved to the first floor due to elevator being shut down by the State of Massachusetts, 7-26-12 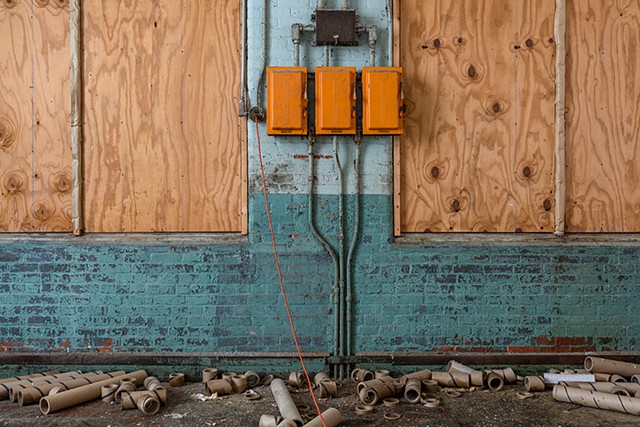 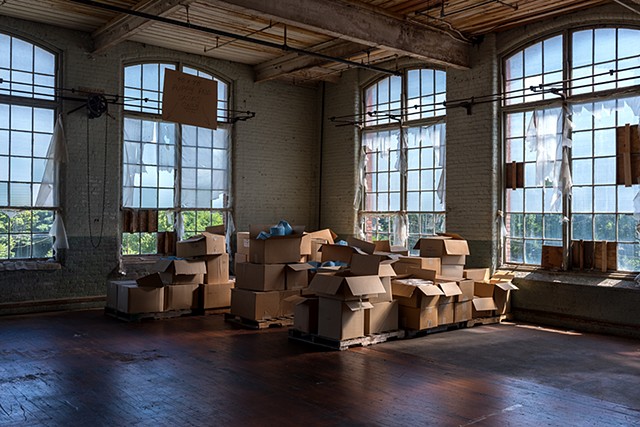 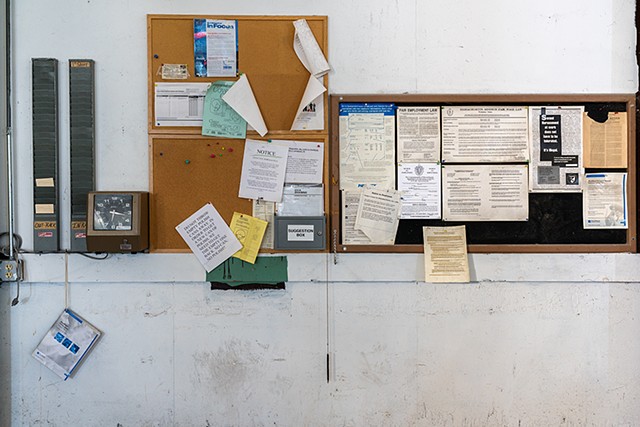 employee time clock and bulletin board, 5-13-15 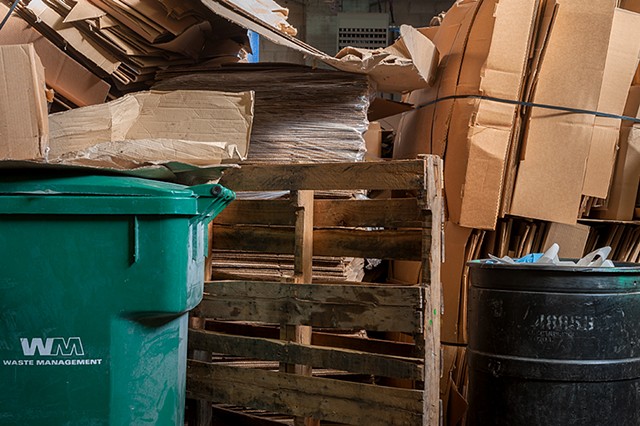 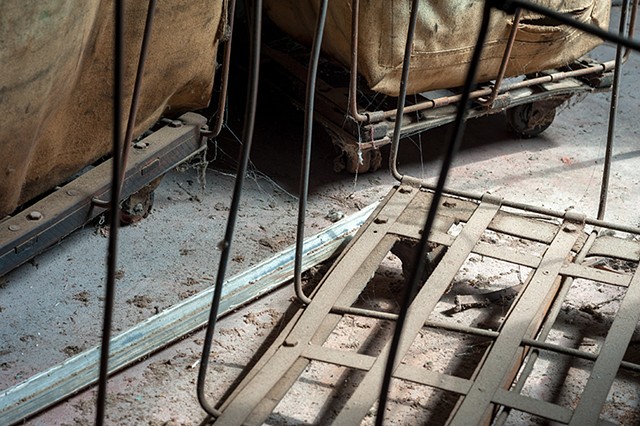 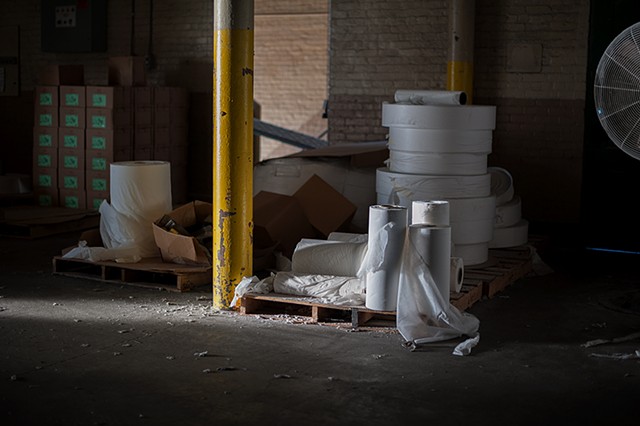 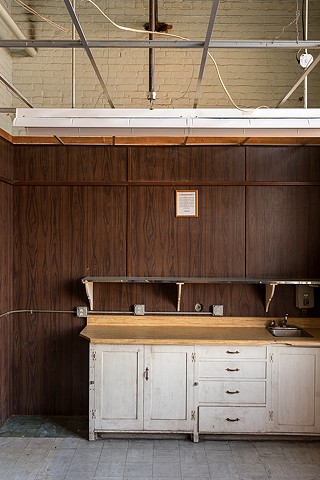 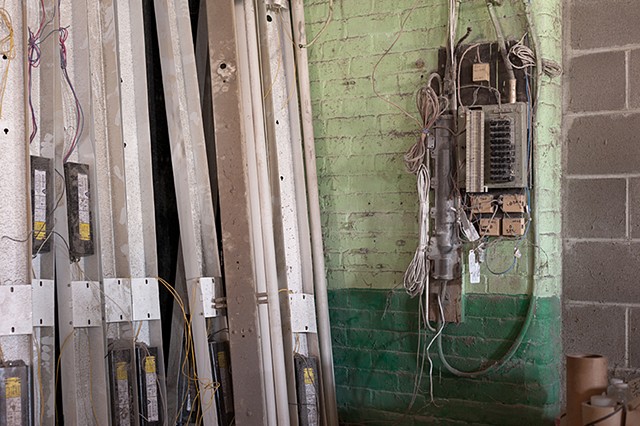